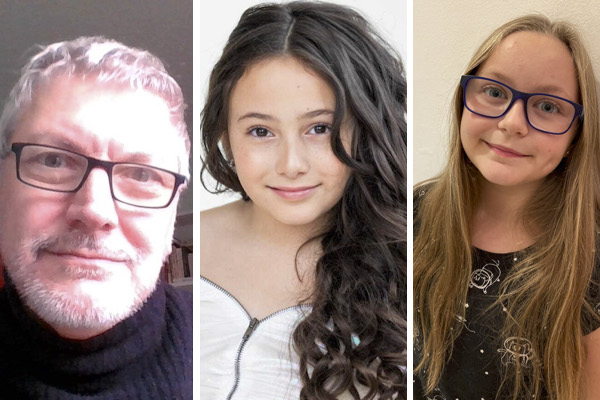 Coming up this week on Finding Your Bliss, we’re celebrating with our annual Holiday Episode! Joining us on the program is America’s Got Talent’s Golden Buzzer Winner, Roberta Battaglia. Ten years old at the time, Roberta’s outstanding performance had an incredible 22 million views on Youtube in only two weeks. This beyond-talented vocalist from Toronto, Canada also contributed a very important performance at Idea City, presented by our very own Moses Znaimer, who described Roberta at the time as a nine year-old powerhouse!! She will sing on the show this week, and tell us all what she is up to right now!

Also joining us for our annual holiday show is film and television critic Thom Ernst, who is back with all of his favourite picks for movies and television series this Christmas. Thom was the voice of The Interviews on TVO’s longest running movie program Saturday Night at the Movies. Thom also has his own podcast with the Kingston Canadian Film Festival called Rewind, Fast Forward. Also, we are delighted to welcome back Nina Turin as our Featured Artist with a special Christmas carol just for us at the end of the show! Nina is a ten-year-old singer from Vancouver, British Columbia, best known for her a capella singing, which can be heard on her Soundcloud account: “Songs From a 10-Year-Old Vancouver Girl.”