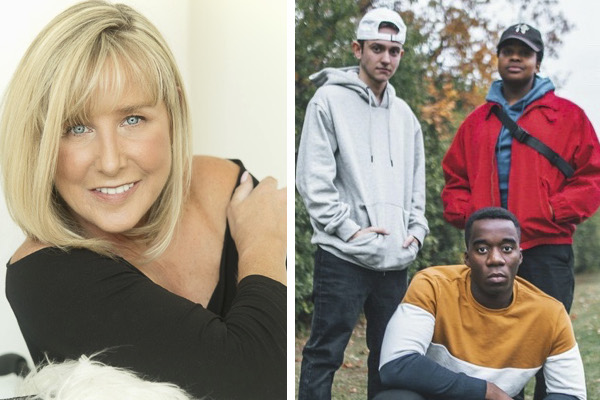 On this episode of Finding Your Bliss, we have a very special show featuring two incredible stories. Our first guest, Wendy Murphy was in a car accident when she was only 18 years old, leaving her confined to a wheelchair, and because of her ability to focus on the positive and her tremendous bravery, she found a new life purpose and became an inspiration to so many people. She tells us about her work as a model after the accident, with Rhona Mickelson, who was the founder of a talent agency for the physically challenged, which she first heard about on the Roger, Rick and Marilyn Show. She also talks about her career for over 8 years as a City TV television reporter and her incredible new book, Wendy Murphy’s Law: Whatever Can Go Wrong, Can Be Made Right.

Also on the program are the winners of the Canadian Family’s Got Talent competition, CZN. A group made up of three uber-talented singers and songwriters, C.J Capital, Matthew Novary Joseph, and Seth Zosky. Not only did they win first place, but they have been invited by Celebrity Judge Simon Cowell to appear on the next season of America’s Got Talent!