Home » Posts » Never give up 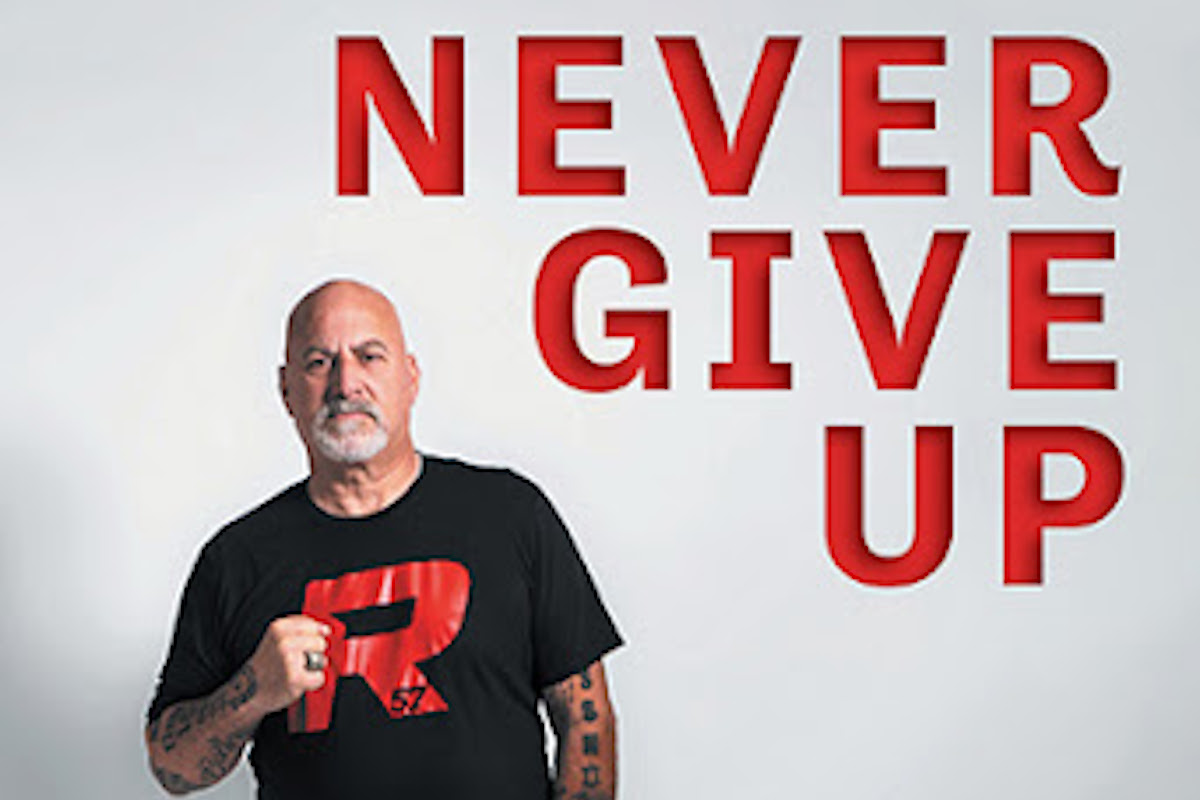 Next up is the semi-final. We are playing Germany, another very strong team. I had basically guaranteed a shutout, as I begged to be kept in against Norway by flatly stating I wouldn’t give up another goal in the tournament if they kept me there.

Final score of the semi-final game: Canada 5, Germany 0. I was an ass, but I at least did back up my promise by not allowing a goal.

We were onto the gold medal game. We were one game away from winning it all. Our opponents would again be Norway, the team that had beaten us rather handily just a few days prior.

Look, I am not going to pretend that sledge hockey means as much to Canadians as the Olympic tournament featuring NHLers does. But there were a lot of eyes on us and a lot of expectations, especially after the men’s team’s poor performance in the Olympics. The game was televised, there was a great crowd on hand, and we were feeling the pressure big time. The fact I was acting the way I was certainly didn’t help the cause either.

Before the game we had an important message sent to us. As we were having our morning breakfast waiting for the game to start, we were told “Somebody wants to say hello to you.”

On a speaker phone then comes the voice of Wayne Gretzky.

He gave us an inspiring speech, reminding us of how important teammates are to each other and how we were all connected in the pursuit of this gold medal. It was a beautiful moment and just what we needed. It wasn’t all about “me” after all — it was about all of “us” in this together.

We were sky high after that chat. I was never more sure we were going to win a game than I was on that day.

We got on the ice and the place was going crazy. I looked over at one of Norway’s top players and blew him a kiss. It drove him nuts! He promptly goes after Westlake just after the game starts and takes a penalty, and we are off to the races already. We were in their heads.

It was our day and it was our time. We scored just over a minute into the game, and had a 2-0 lead after two periods. During the second intermission, I told the team “Boys, we’ve got this gold medal. This moment we will have for the rest of our lives.”

The final 30 seconds ticked down. We added another goal with four seconds left and won 3-0.

We were gold medal winners.

I had kept up my end of the bargain that I made to not be pulled into that first game against Norway. I did not allow another goal after that moment, and the team played tremendous hockey in front of me. It had been a long, trying road but we were deserving gold medal winners. All of the hard work had paid off.

It was just pandemonium after that final siren.

Shortly after we won, Don Cherry placed a call to me from Coach’s Corner on Hockey Night in Canada, right on live national TV. I will never forget that one minute interview.

We didn’t leave that dressing room until maybe 5 in the morning the next day. We had thousands of cans of beers in that arena! (As an aside, that arena was built just for the Olympic Games. It was constructed and ready in time, and was torn down right after, which is kind of amazing when you think about it.)

Our dressing room was a wild place that night. The entire Italian team came in, we really liked those guys; in fact anybody we liked was welcomed to come in, and we all had a few beers that night let me tell you. It was an amazing celebration.

And of course I had to take a drug test. It was the Olympics after all. When I say “of course I” — there was never any doubt that I would be one of the athletes signaled out for testing. I passed it, which was no surprise to anybody, because I must have had RANDOM written on my birth certificate somewhere!

I must have been “random” tested 11 times at various points in my career, far more than any of my other teammates. I was either really unlucky or somebody must have thought I was on a performance enhancing substance of some kind during my career. But it was all good, I didn’t really care and I knew I was clean.

I also knew, and we all knew, we’d have that gold medal forever. Nothing was ever going to change that and we were all delirious as a result. What a great night that was!

The next couple of days were just crazy, but in a terrific kind of way. We had numerous team dinners and wound up staying a few days longer. When we arrived back home at Pearson International Airport in Toronto, the crowd there to greet us was just great. We brought home the first gold medal from a hockey team at the Paralympics to Canada and it was just an amazing feeling.

My mask was going to be in the Hockey Hall of Fame, which was a pretty cool thing to know. I felt like a million dollars — we had done what we all set out to do and we were flying high after those Games were over.

Never Give Up: The Paul “Rosey” Rosen Story

“Never Give Up” is the meaning of Rosey’s life. It is also the title of the book he wrote with famed sports author Roger Lajoie in 2021.

Never Give Up IS the Paul Rosen story. This brutally honest account talks about the adversities Paul faced, including losing his leg, on his way to becoming one of the greatest goalies in Paralympic sledge hockey history.

To get your very own copy of Paul Rosen’s incredible book, order it on Amazon or for a special, personalized edition from Paul order here. 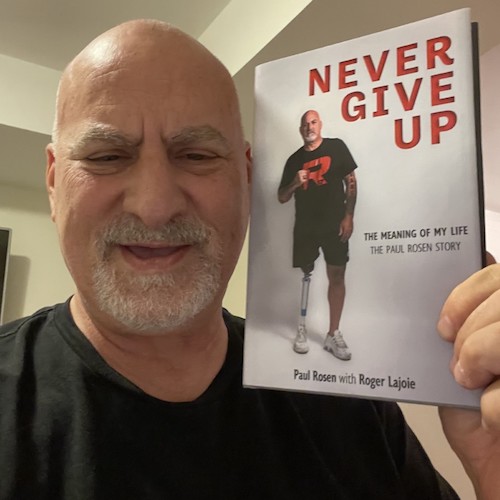 Paul “Rosey” Rosen is a three-time Paralympian, Gold Medalist, motivational speaker and arguably the greatest sledge hockey goalie in history. Paul’s childhood dream to play in the National Hockey League was shattered, when he broke his leg in 14 places, requiring 38 surgeries and eventually having his leg amputated. “Never Give Up” is his story of survival and triumph as one of the greatest goalies in Paralympic history. Paul is also one of few athletes to ever medal in international summer and winter games.