Have “Martin” and brush will travel for bliss

This has a nice ring to it. If I may explain, I am very fortunate to possess two types of bliss that satisfy my inner creative needs and enjoyment.

These are not new-found blisses. They have been in my soul from an early age. Playing and singing in a band with my “six-string” acoustic Martin, or wearing a paint-stained shirt while creating oil paintings that are saturated in historic events never to be forgotten.

Both combine to form my blissful moments.

It goes without saying that good health and contentment for myself and my family are paramount, but when all is well on that front, the following are my bliss.

As an introduction, I was born in Port Glasgow, Scotland and came to Canada at the early age of five years old. I grew up in this fabulous country in the west end of Toronto and that has been my home to date. I am very happily married to my lovely wife Marilyn for 51 years, with two wonderful children now adults in the greater Toronto area.

Marilyn was my inspiration for the song WITH YOU, that I wrote that was aired on AM 740 Zoomer radio, Finding Your Bliss with Judy Librach. Judy and her producer Siobhan Kiely were gracious warm hosts during the interview that we had and they made it an enjoyable and memorable experience. I did have a past adventure on radio sitting beside John Oakley on CFRB 1010 in the aftermath of the Twin Towers coming down. I had written a song on that regard and Marilyn and I stumbled down to the studio. I played my guitar and sang the song live that afternoon. Now that was a nervous time for both Marilyn and I. The song was called THE SONS OF LIBERTY.

With three good friends, we formed a band that performs in various venues from here to there and a far. We named the band “Riverboat” after the famed coffee house “The Riverboat” in Yorkville. The nostalgia of that era and venue creeps into our music along with our cover selections of Eagles, Buffett, Lightfoot, Mavericks and Elvis and more to boot — all toe tappers. I have a keen warmth for Gordon Lightfoot’s music and have been told that I am a vocal sound alike for Gord when I do his songs in the band.

I am confident that some of his influences have molded the creation of my own original tunes. In all truth, I did my best to sound like myself when these tunes were nailed down in a CD recording. I must thank and credit the fabulous guitarist and entertainer Wendell Ferguson for the production and musical build of the CD.

As the band Riverboat, we have on occasion performed Gordon Lightfoot tribute nights in small coffee house type venues. We touched on early to current works of Gord, making sure we included the Fitzgerald and the Canadian Railroad Trilogy. I would narrate about the songs throughout the evening and relate some ‘Gordisms’ to the crowd.

I have met Mr. Lightfoot on a couple of occasions which were memorable for me but I am confident of course, a blank for Gord. I must thank Judy and Finding Your Bliss for airing my song With You and for placing my complete CD of five original tunes on the 740 music cloud for all to hear. I am very appreciative.

As mentioned prior, I have another bliss, and that is the creative aspects of oil painting on canvas. I started drawing and painting at the age of fourteen, but got serious about it in my early twenties.

I paint traditional land and seascapes. But, I got really immersed in paint up to my elbows in the depiction of an historic scene involving Canadian railroad or coverage of scenes related to the Avro Arrow, or WW11 aircraft. I refer to these paintings as W.K. Barnes “MOMENTS IN TIME” moments, never to be forgotten.

With respect to railroad historic scenes my painting “THE ROYAL COUPLE” below, captures a moment in time, where engine 2839 Royal Hudson passes the Royal York hotel in Toronto during the late 1950’s. It’s a Canadian scene that will never occur again.

“White Lightning” depicts Arrow RL 201 climbing for an altitude record. Recently, my art was requested by Arabella online magazine for their June 2021 Artist’s Showcase section. Much appreciation to Debra Usher, the editor of Arabella magazine. 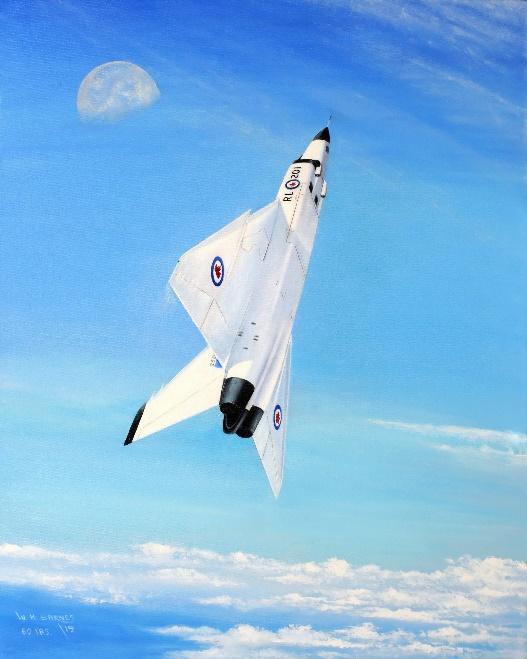 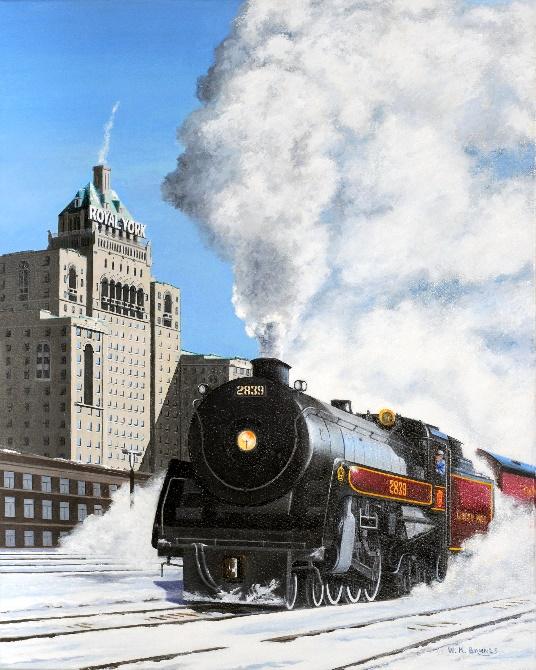 The Royal Couple, by Bill Barnes

On the special fiftieth anniversary of “Sam the Record Man” on Yonge Street, I presented Gordon Lightfoot with a framed print of my painting “THE CANADIAN”. I was later told it hung in his Early Morning Production office.

I am fortunate to have some of my aviation works hanging in a number of museums throughout Canada, along with the RAF Museum in Hendon England. My portrayal of early WW11 aircraft has afforded me the honour of meeting decorated veteran pilots over the years and that, was truly unforgettable and humbling.

Shaking the warm firm hand of an ageing “Air Ace” who in his youth, corralled a Spitfire or a Hurricane, quickly reminds you of a debt owed by so many to so few. Meeting the designer of the Canadian CF 105 Avro Arrow, Jim Floyd, and seeing him holding and admiring my painting of the Arrow, “OH! CANADA” was also a truly memorable experience for me.

I have been blessed over the years to find my bliss and I hope that you the reader have found and continue to enjoy your bliss. Perhaps a bliss awaits around the corner for someone still searching.

I thank you for taking the time to travel my journey through my double bliss. 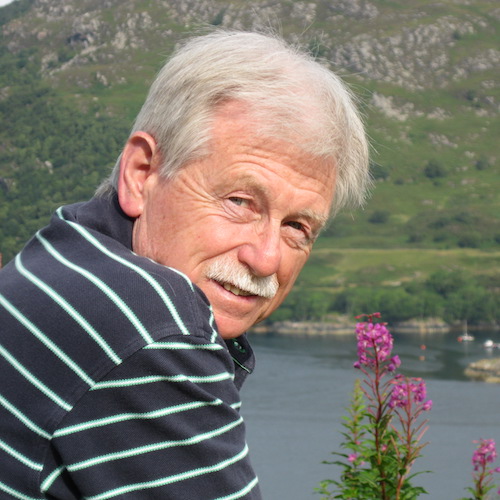 Bill Barnes is a Canadian singer, songwriter, guitarist and painter. Born in Scotland and living in Toronto, Bill became interested in the guitar in his early 20s and finds joy in painting Canadian landscapes and historical scenes. Bill is a member of Riverboat, a band of great friends who perform cover tunes in various venues — from Eagles to Elvis to Buffett to Cash to CCR to Beatles to Lightfoot. 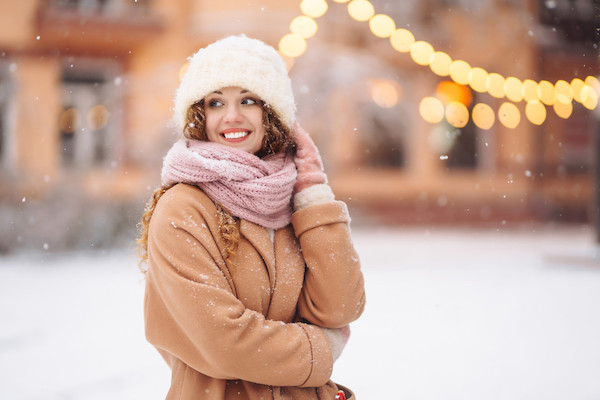