How I found bliss after loss

My bliss has always been in being a mom to my four children. I was a critical care nurse, which is an extremely rewarding career. I was also a Medical Technical Consultant for feature films and TV, and that role definitely had exciting moments. I later transitioned to being an investment manager.

However, the most fulfilling and joyous calling of my life, above all, has been motherhood.

But on September 23, 2019, I received the news that no parent ever wants to hear. The police arrived at my door to tell me that my son Aaron had accidentally fallen to his death. He was only 31 years old.

Even when given the news, I had a hard time believing it was true. I felt like I was in a bad dream. My mind couldn’t take it in all at once. The shock and trauma of it was too profound.

No one expects to receive the news that their child has died. It’s not in life’s natural order. Our brains aren’t programmed for it. Some of us, like me, pray every day for our children’s safety, health, and happiness. We assume that those prayers are heard and answered.

Aaron’s qualities in life were numerous. He was wise beyond his years, intelligent, and intuitive. He was witty, sensitive, and curious. He was also kind, generous, loving, with warmth and consideration for others. He had a magnetism that radiated from him. I used to say that he had an “old soul”. He started saying his first words at only eight months. By two years old, he could reason. We shared many deep and meaningful conversations over the years together.

Grief is as deep as love

My grief from losing Aaron is unimaginable. As long as I continue to love my son, I will grieve this loss. Our bond is eternal.

After the funeral and the rush of condolence visits, a friend brought me a book called Resilient Grieving: Finding Strength and Embracing Life After a Loss That Changes Everything, by Lucy Hone. This book became my companion in bereavement. It was always close at hand when I needed a friend who understood where I was at. I still refer to it. I have read many more grief books since. They feel like helpful friends.

Another friend suggested that I write everything down, so I started keeping a journal right away. Grief was affecting my memory, so it was a good idea to write, and very therapeutic. It offered a continued connection with Aaron. The distraction provided me some relief too.

I took a course in writing about my grief. It helped me through my pain, and I became a better writer. Not that I ever planned to be a writer. At the time, I could never have anticipated what was coming. As my journal evolved, and as time passed, I realized how cathartic writing was.

Soon I began to hear messages and receive signs from Aaron in his afterlife. I could hear him speak to me in his own voice.

He told me incredible and transcendent things about energy and the universe. He instructed me how to maintain our connection.

He sends me dimes, birds, and butterflies. He plays with the electricity and wifi and sends me orbs of light. I have recorded all of it and managed to capture some of these incidents on film.

I have now heard so many similar stories. My mind has opened to discovering a whole new world. The discovery that grief and bliss can exist side by side has been uplifting.

I could no longer keep all of this to myself. So, I decided to self-publish my journal as a book titled, Aaron’s Energy: An Unexpected Journey Through Grief and the Afterlife With My Brilliant Son. It was a labour of love and a tribute to the memory and honour of my son. Proceeds of book sales go to mental health care and research. Ratings and reviews have been outstanding and very sincerely appreciated.

I created and designed a webpage where you can purchase, rate, and review my book, and see news, upcoming events, and a list of recommended reading and grief services.

After the most devastating loss of my life, I have a renewed sense of purpose and have reinvented myself. Writing my book has been of immeasurable help to me. My hope is that it offers comfort and support to anyone who needs it. 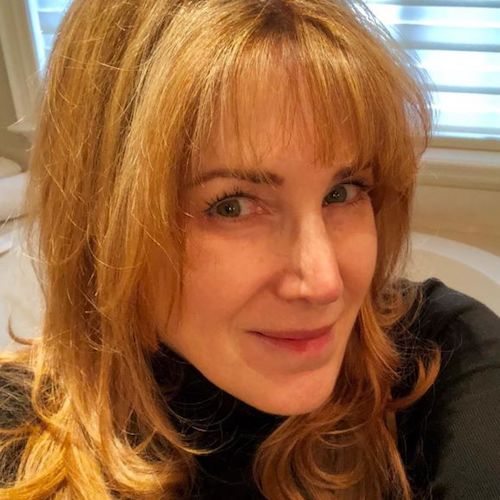 Camille Dan’s book Aaron’s Energy is available in both paperback and Kindle versions on Amazon sites worldwide. It is coming soon to Audible.