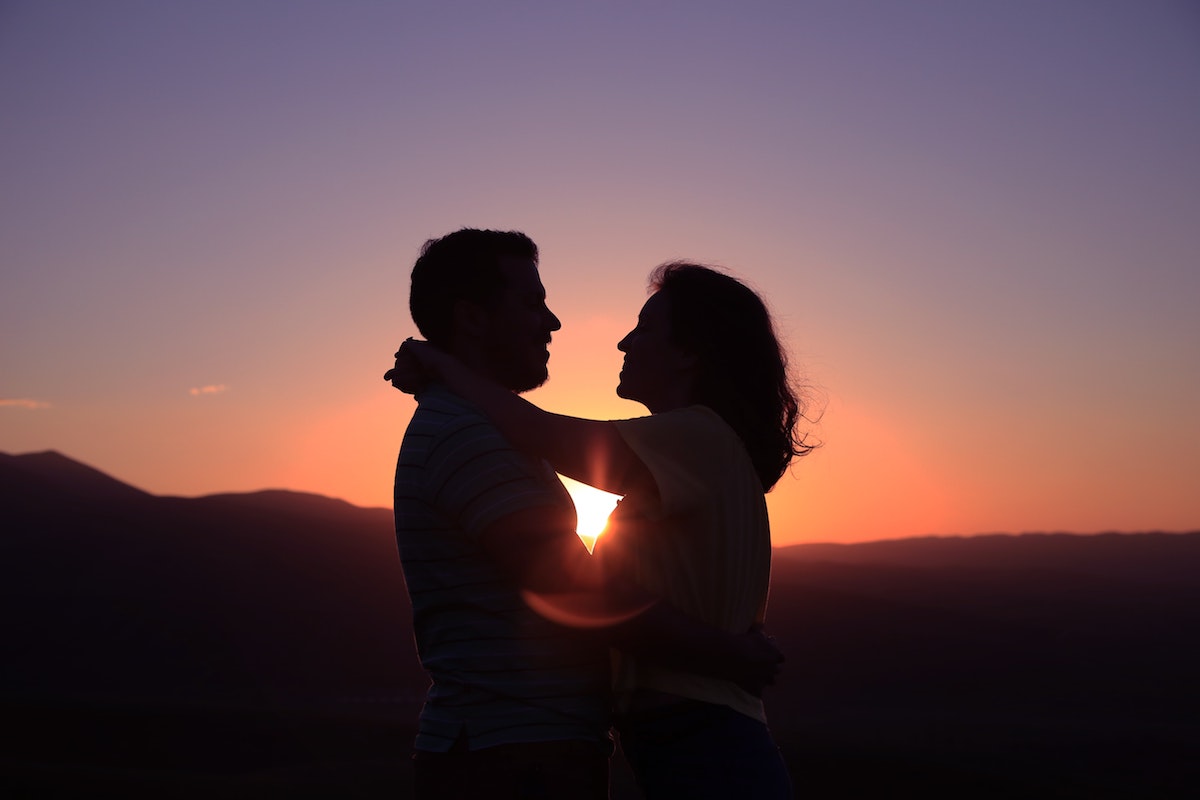 I took a vow of celibacy in my early twenties and became a Buddhist monk. Relationships were painful to me, so I gave up on them. I thought the problem was desire itself. Get away from people, I decided, and all my problems would disappear.

I didn’t get away at all. In fact, I entered a community of people largely like me, with wounds rather like mine. I thought the vow would be a matter of practice, and all my desires would eventually be sublimated. I’d be done with the grubby world of carnal feelings. Thousands of Tibetan monks had done this before. How hard could it be?

As I got to know other monks, I saw that they too struggled. Celibacy comes naturally to very few people, and I strongly believe that most celibates shouldn’t be, and that they’re maiming themselves emotionally. I’d initially thought of Tibetans as spiritual superstars—it’s a prevalent view even now. But in reality they’re just another race—some exceptional, most not. Once I let go of my wishful thinking about them, I saw there was indeed sex in the monastery—and not always consenting.

Their behaviour shocked me. My gullibility shocked me even more. Shortly after I moved to Canada. I seemed like a relatively mature thirty-year old, but emotionally I was as raw as a teenager. I’d never had an intimate relationship—even a bad one.

Now however, I had a new sense of confidence. I’d learned Tibetan, and had a good grasp of Buddhist philosophy. I was good-looking and different. My childhood mentors had convinced me that I was unfocused and stupid, but I’d found that I could learn and do anything. They were wrong, and I felt mighty good about myself.

Tons of confidence and no experience is a deadly combination. By the time I met Caroline I’d made two bad marriages and was ready to break free again—perhaps go hitch-hiking to some other spiritual theme-park country. Caroline, however, was a conventional mother of four, committed to family, stability and home—and she had multiple sclerosis (MS). She wasn’t my type at all—except when we sat and talked, or when I took her hand, or when she looked into my eyes.

She dragged my story out of me. Since leaving the monastery I’d kept it to myself—it was just too weird. Some thought it was cool, but Caroline’s feedback had nothing to do with whether she liked it or not. She wanted to know what hurt had made me withdraw to a monastery. I’d always thought it was a sort of hospital for me, and now I could talk about it. Through Caroline’s eyes I saw my life anew. She helped me forgive myself. I found I could do the same for her. She responded beautifully. She was brilliant. I didn’t want the conversation to stop.

She’s been the great game-changer in my life—far more so that shaving my head, donning crimson robes and learning an ancient language. We talked about now—what we actually felt, where those feelings came from and how they motivated us. The emotions started untangling. The bonding started before even the romance, and it was all new.

The problems with religions and belief systems is that that the world does not adjust to our beliefs and wishes. Despite the Buddha’s claim to know only what he experienced directly, once he was gone Buddhism too became wishful, obsessed with establishing abstract ‘Truths.’

What I loved best about monkhood was freedom from money. Boy was I spoiled! Now I was involved with a mother with MS, two of her four children and the biggest bills I’d ever seen. “Run for your life!” she urged.

I laughed. I wasn’t about to abandon this growing trust, nor the thoughts I could finally share. As for the MS, nothing tests a bond like adversity. That’s what bliss means to me—not simply joy, but the total exuberance of living at all, not missing a moment, laughing and crying to the end.

After leaving the monastery I worked at many things. Except for one surreal year as a corporate man, I was self-employed. I taught English, repaired computers, wrote books and designed type—always wondering when I’d take up my real profession again. Caroline saw something in me trying to get out—something I’d almost forgotten.

Leaving the robes and the monastery, along with all the trappings of institutional Buddhism, had been a big step for me. I was still searching, though I still wasn’t sure what for. I just knew that a life of earning and consuming wouldn’t be enough. I’d given up on the institutions of Buddhism with all their unbelievable certainties, but I was still fascinated by the Buddha and his life. I’m writing my own book about him now, and he’s no supernatural being with magical powers. I hate seeing him presented that way. It’s only to the extent that he was like us that he inspires.

Caroline loved my enthusiasm for Buddhism, but the subject itself bored her to tears. Still, she saw that I’d never teach it the traditional way. We set up public talks and advertised; she arranged media interviews; she managed and attended my classes for eighteen years. We filled our Quiet Mind Seminars until Covid-19. In that time I wrote my memoir and she helped remove all the unnecessary bits and bring out the emotion. No small job!

Caroline had raised her kids. Then she’d lit a fire under me and woken me to my own life. Now it was her turn. She’d studied psychology at McGill University until MS hit. Now, years later, she ran into my office excitedly saying, “I’ve found it. I’ve found it!”

“It” turned out to be life-coaching. She’d just read about it for the first time and knew immediately it was for her. I read it and said, “You already are one. It’s in your DNA.” Of course she had much to learn and went to school, but it was about as hard for her as breathing fresh air. She’s a powerful, natural mentor. Nothing moves her more than seeing people break through their own limitations, and she comes out of meetings glowing. It casts a healing light on me and my trust issues.

Teaching went better than expected. The Buddhism I’d been taught was elegant and refined, but—like the traditional Buddha—it was a caricature. I left Buddhism’s formal structure and followed the ongoing conversation Caroline and I had started. The issue (as opposed to the theory) is the chaotic collision of thoughts and feelings that come from life’s endless renewal. Now, rather than delivering reassuring answers, I probe everything we take for granted. Mindfulness isn’t simply a technique. It’s something creative and deeply personal.

I never expected to be happy, and I never take for granted what I have with Caroline. If I did, it would never work. I just want to face life with her, side-by-side—two like minds. 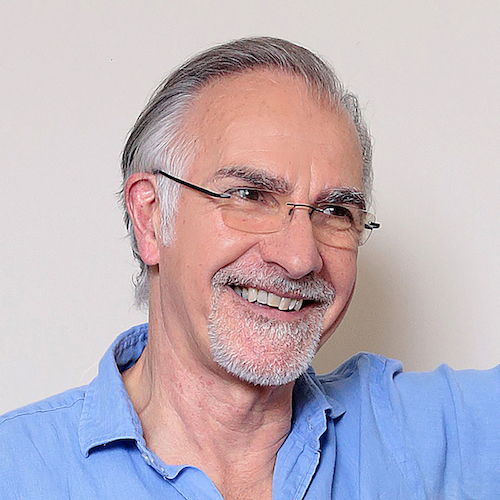 Stephen Schettini is a mindfulness teacher and former Buddhist monk. He helps cancer patients manage their anxiety and is host of MindfulnessLive.ca, a practice group meeting three times a week. He also hosts a post-Buddhist blog at TheNakedMonk.com as well as his personal website Schettini.com and his biography-writing website GhostBio.com. He lives with his wife Caroline Courey just outside Montreal. 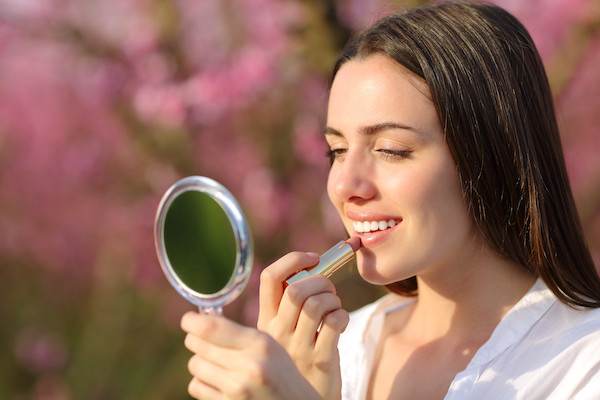 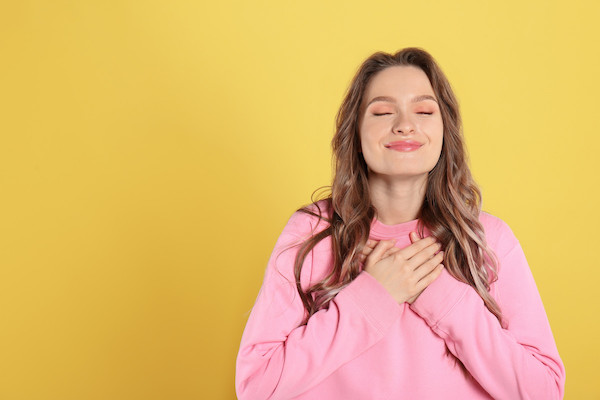 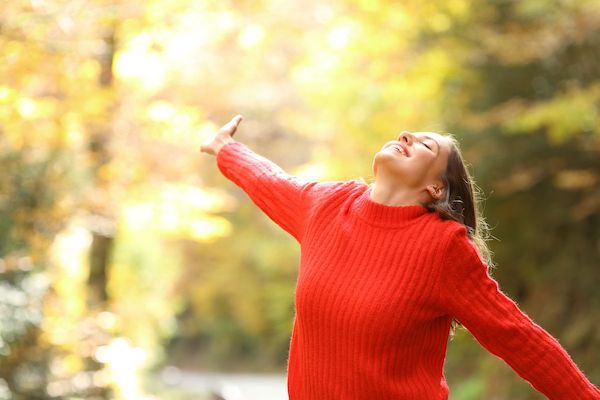