Sit down to rise up

An excerpt from Sit Down to Rise Up: How Radical Self-Care Can Change the World by Shelly Tygielski.

Showing up for ourselves requires a number of things — faith, trust, wisdom, courage. It also requires the willingness to crawl into a “black box.” I didn’t encounter the concept of a black box until 2014, when I was listening to the “Black Box” episode of RadioLab on NPR. I almost didn’t listen to the segment, thinking the show was about the airplane recording device. I became intrigued when the show defined this black box as “those peculiar spaces where it’s clear what’s going in, we know what’s coming out, but what happens in between is a mystery.”

The first example was something that is incredibly familiar — how a caterpillar becomes a butterfly. Almost everyone learns about this process in preschool: The caterpillar builds a cocoon around itself, and when it comes out again, it’s transformed into a butterfly. But what happens inside the chrysalis during this gestation period? My preschool lessons were vague about this, and I’d always imagined a step-by-step process: The caterpillar changed, growing new limbs and wings, until it had a new body. But no, this is wrong.

As RadioLab informed me, if one were to open a chrysalis after a week, all one would find inside is “goo” or slime. There would be no discernible caterpillar or anything, only a formless, gelatinous substance. In order for a caterpillar to become a butterfly, a caterpillar digests itself through the release of enzymes that break down its body. This “goo” is a collection of what are aptly called imaginal cells. Not unlike stem cells, these imaginal cells contain the instructions to create the butterfly, and eventually, the goo reforms into wings, legs, antennae — until the butterfly is complete.

Obviously, the caterpillar doesn’t decide to one day become a butterfly. This “desire” is encoded into its DNA. The caterpillar probably has no idea what will happen within the cocoon it spins. However, in my — perhaps romantic — estimation, the caterpillar knows one thing. It has to show up. It has to build, trusting in whatever comes next. It must have self-confidence, feel worthy, be fearless! It gorges for days and days, plumping itself up in preparation for … its own destruction.

That evening, sitting at home after another failed date, my wormy self realized that for a long time I had been stewing in a black box. We, too, have imaginal cells, and if we take a leap of faith and allow ourselves to stew in them, if we are brave enough to step outside of what we know (whether what we know is comfortable or uncomfortable), we might find ourselves transforming.

We humans tend to look at the world in two stages – “before change” and “after change.” The caterpillar reminds us that there is a middle or third stage — the ambiguous black box. In the transitory black box stage, we are neither who we were before nor what we will be after. We are formless “goo,” and that makes us fearful of the outcome. What if we lose ourselves or, even worse, morph into something or someone we don’t want or don’t like? We forget that what we become is forged from who we are and who we were. Our imaginal cells — the essence of our being — are still “us.” Changes are meant to be gooey; they are meant to be ambiguous. Yet even though the person we are doesn’t remain intact, we do not completely disappear. Our only job is to show up for ourselves with complete faith — in the process, in our evolution, in ourselves.

Then when we emerge, when we exit the black box of our cocoon in all of our newfound glory, we are able to do two things: We attract other “butterflies” into our space, and we have the capacity to fully show up for others.

To get your very own copy of Shelly Tygielski’s incredible book, order it here. 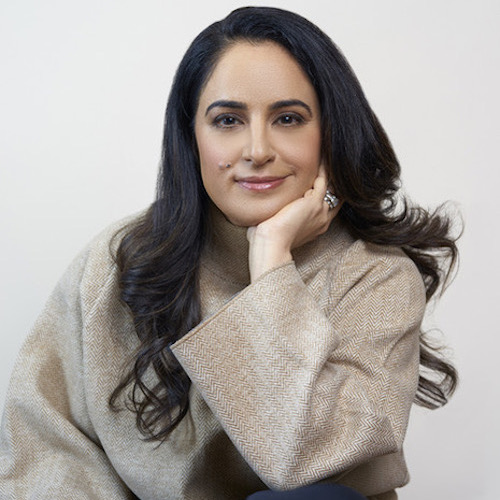 Shelly Tygielski is the author of Sit Down to Rise Up and founder of the global grassroots mutual aid organization Pandemic of Love. Her work has been featured by over 100 media outlets, including CNN Heroes, The Tamron Hall Show, The Kelly Clarkson Show, CBS This Morning, the New York Times, and the Washington Post. A trauma-mindfulness teacher and a Garrison Institute Fellow, she has been called one of the “12 Powerful Women of the Mindfulness Movement” By Mindful.org and teaches self-care and resilience at organizations around the world. Visit her online at www.shellytygielski.com.